Native advertising: what is it? Why is it so effective? 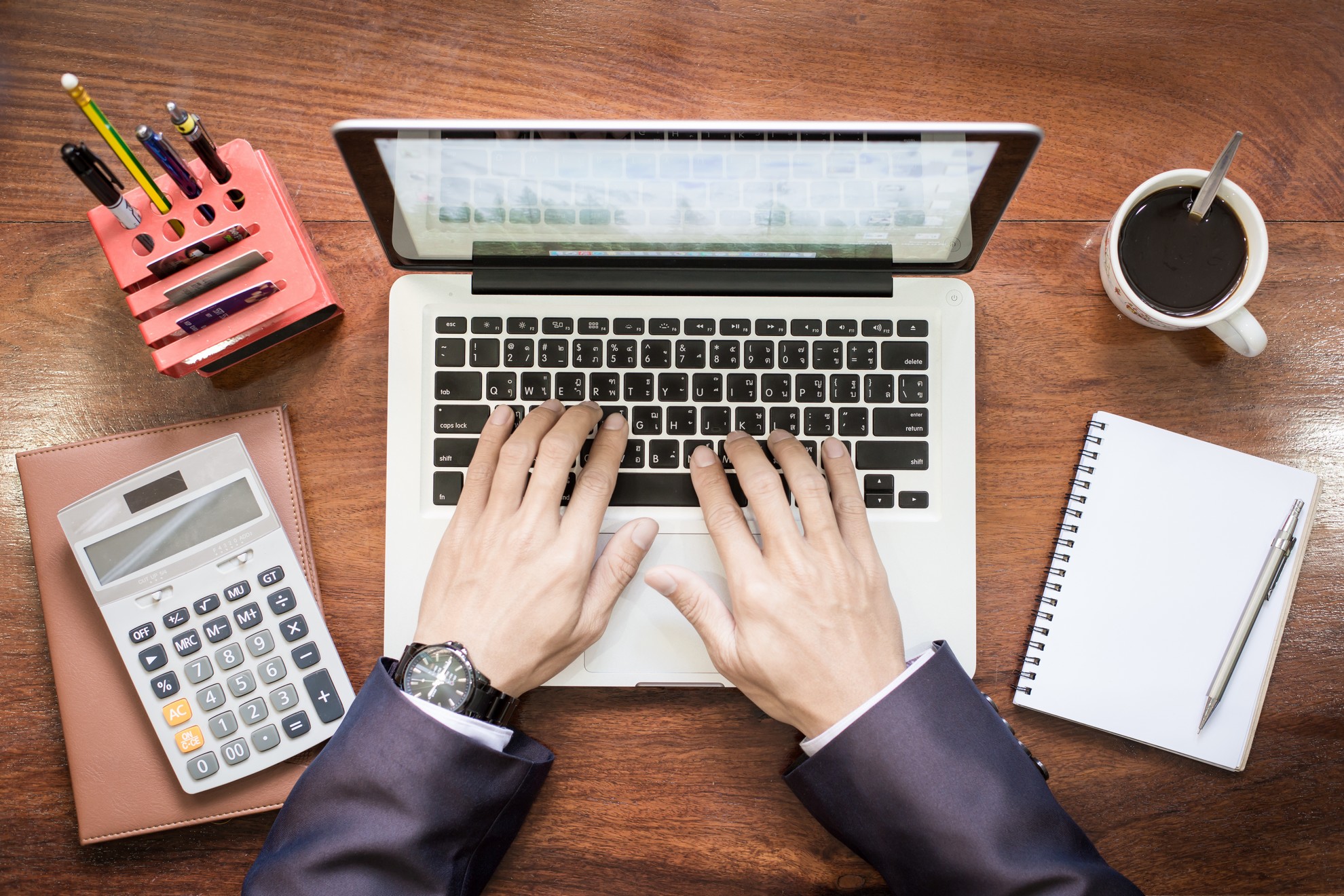 The digital advertising market grew at a CAGR of +13% between 2013 and 2019 in France, with total revenues estimated at over €6 billion for the year 2020 (Monitoring of the epub, 25th edition). Among the various forms of online advertising, native advertising is one that stands out, with a growth rate of 5% in 2020. Native advertising has been developing rapidly over the last ten years or so and is characterised by its ability to adapt to its graphic environment, making it one of the most formidable advertising formats – and the most popular with advertisers. What exactly is it and how does it work? Paper Club tells you everything, everything, everything about native display advertising!

What is native advertising?

Native advertising is one of the most popular digital advertising formats for advertisers. This display advertising has the particularity of blending in with the editorial content of the media on which it is displayed, so that it becomes difficult to distinguish it from other content (organic, specific to the website in question, etc.). This is known as integrated advertising: it is opposed to other forms of advertising that are all identical and recognisable as such.

In other words, native advertising takes on the same codes as the page where it appears (in terms of shape, design, location, typography, image ratio, etc.), thus playing the role of chameleon. It “blends” into the background, without losing the essential components that make it an online advertisement with the objective of encouraging clicks: visible presence of the brand, use of images and videos, Call-to-Action button, clickable link, etc.

So, instead of having a farting red banner at the top of a web page, native advertising allows an ad or a sponsored article to be displayed within the user’s feed. To make an analogy, it’s a bit like product placement in the movies, when the main character looks at the time on his Omega watch or does research on his Apple computer: it all looks natural, but is actually well thought out beforehand to advertise without looking like it.

The aim of the game? To guarantee the continuity of the Internet user’s browsing experience by offering an ad whose content and form make it indissociable (or almost) from the content he or she is consulting. And believe us: at a time when Internet users are rejecting traditional advertising formats en masse (41% of those under 30 used an AdBlock in 2018, according to IAB France), the proper integration of an ad into a page is a strategic issue.

Native advertising is sometimes considered a form of brand content. At Paper Club, we believe that these are two very different approaches, as native ads are not intended to be brand-centric. However, a brand content campaign can use native ads.

How is native advertising displayed?

What role does native advertising play?

This native advertising format now accounts for 22% of global display advertising and contributes 38% to its growth (IAB).

How do you explain such success? First, through changes in behaviour. Internet users are massively using AdBlocks to escape the increasingly invasive and intrusive traditional advertising formats that disrupt browsing. And even when banners are displayed and cannot be blocked, their presence is largely ignored – this is the phenomenon of “banner blindness”, the ability of Internet users to “not see” an advertisement.

Secondly, through the evolution of the media. Digital content consumption has become predominantly mobile, with this format accounting for over 66% of the online advertising market. However, a mobile screen offers less space for standard advertising formats, which are even more intrusive than on the desktop. This changeover has therefore required a change in strategy.

All in all, the place occupied today by native advertising is the result of an inexorable evolution of the advertising model: we have moved from an intrusive model (“push”) to a user-friendly model (“pull”).

Why is native advertising so effective?

The effectiveness of native advertising is based on two major pillars:

The ability of this advertising format to adapt to new user behaviour. As mentioned above, native advertising is particularly effective against this reflex, developed by Internet users, which allows them to ignore banners and advertising banners. “Banner blindness” is caused by habit: because we know that an ad is going to be displayed in a key place on the page (in the header, in the sidebar, etc.), we no longer pay any attention to it. Only native advertising, for example an in-feed ad or a sponsored article, can go against this habit: it is less easily identified and, when it is, less often rejected by Internet users. This format is also less well filtered by ad blocking tools.

Its ability to meet the strategic objectives of advertisers when it comes to addressing their audiences. This, in terms of awareness, consideration or performance.

All these reasons explain the effectiveness of native advertising and its adoption by a growing number of advertisers.

Are you still having trouble figuring out how native advertising can be integrated into a media in a way that is inseparable from its own content? At Paper Club, we are specialists in sponsored articles: a type of tailor-made content that adopts the graphic charter of the site where it is to be placed, so that most Internet users cannot see the difference with a native article. It is therefore quite natural that we have chosen such an article to illustrate our point.

Here is an example of native advertising in the form of a sponsored article, published on the La Tribune newspaper website. Notice how the content fits in perfectly with the media, both in form (typography of the title and text, illustration with an image that respects the site’s ratio, display of the number of words, etc.) and in content (a subject that fits in with the media’s editorial line). Only the mention “partner article” (under the title) indicates that it is a native advertisement. 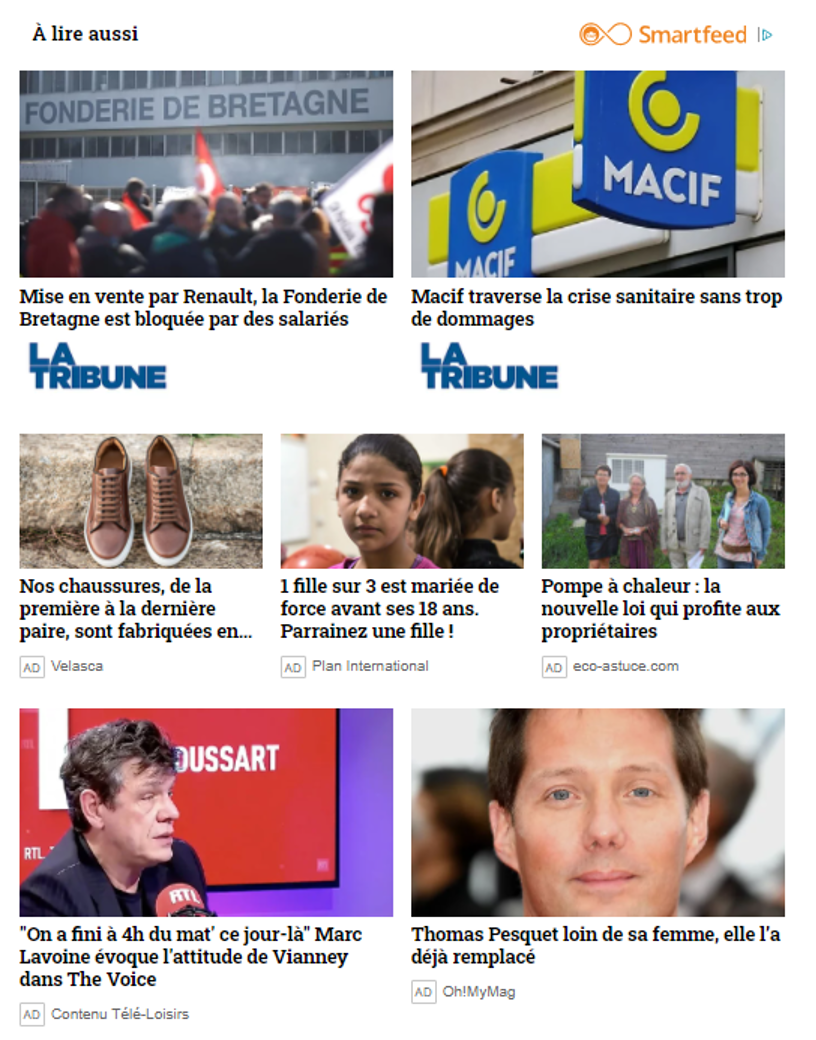 Another example of native advertising, this time in-feed: still on latribune.fr, the Internet user is offered content to read with links to other pages on the same site, but also links pointing to third-party sites whose aesthetics are exactly the same as those of in-site recommendations (compare the proposals in the first and third lines, which are almost identical in form). Only the indication “AD”, associated with the destination domain, makes us understand that these are native advertising formats. 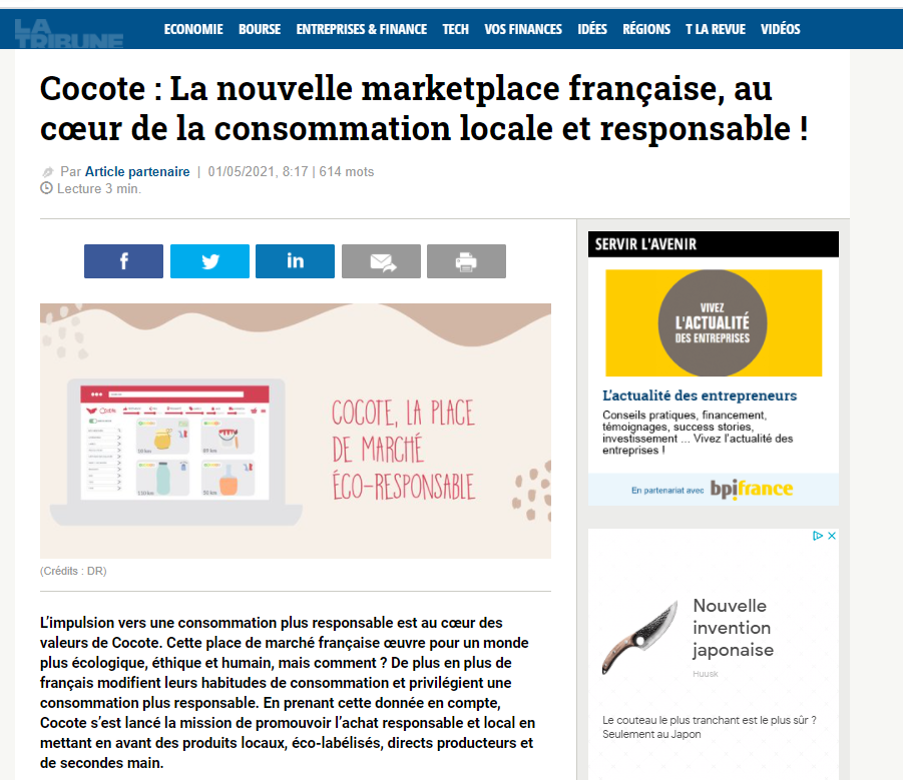 Because it is integrated into the media that publishes it and plays on the indistinguishability of the content, native advertising must be highly qualitative and relevant: the reputation of the site or page that hosts it depends on it. This is why it is recommended to entrust the creation of your native advertising to professionals, like Paper.club for your sponsored articles!